Being a province in the middle land of Vietnam, Thua Thien Hue is 660 km from Hanoi and 1,080 km from Ho Chi Minh city. Its terrain is quite clear in features of laddering that ¼ is of mountainous area, ½ is of high land and the rest is for delta. The delta is about 1,400 km2 including 120 km of the coast. Most of rivers run through province are from Truong Son heap, of which the largest one is Huong (perfume) river with 200 km2 of valley. A typical figure of province is the diversification of natural sightseeing, adding by artificial elements have well reflected harmonious picture of Vietnam - in - zoom. As an ancient location, this land was the present of Chiem Thanh King to marry Huyen Tran Princess of Tran’s dynasty. Over the times, it has been chosen for the capital of emperors in 1558 by Nguyen Lord, 1788 - 1802 by Quang Trung King and, again, from 1802 - 1945 by the last feudal regime. With its history and, especially, construction and architecture of monarchy royal palace, Thua Thien Hue has approved to be one of World’s Heritages in 1993. Besides of admirable diversification of cuisine and food, here is cradle of royal music performance that widely spread in nowadays. 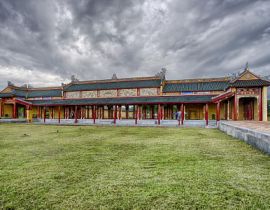 For such tourism concentrated city like Hue, there is not lack of methods of transportation to... 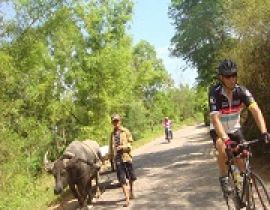 Hue is probably the best city in Vietnam for cycling. There is less traffic than the other...

If Hanoi has One-pillar pagoda, Hue is renowned for its Thien Mu pagoda. The architecture,... 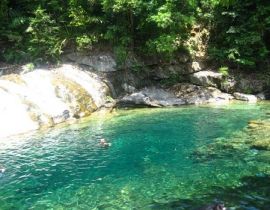 Elephant spring is a tourist destination located on the way from Hue to Da nang, about 53km... 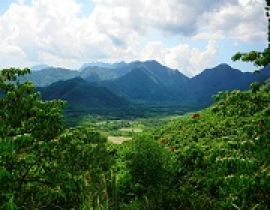 Bach Ma National Park is one of Vietnam’s most famous areas of outstanding natural... 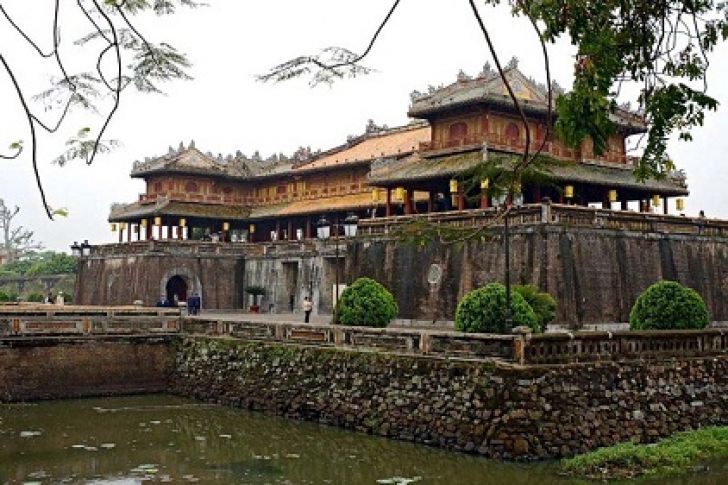 Famously being one of Vietnam’s seven UNESCO World Heritage Sites, the Imperial City of Hue has long been a must-see attraction for tourists visiting a hidden charm of Vietnam. The...
More

Minh Mang Tomb is in Huong Tho Commune, Huong Tra District, on the west bank of Perfume River and about 12km south of Hue City center. This place is where 2 tributaries join to form the...
More 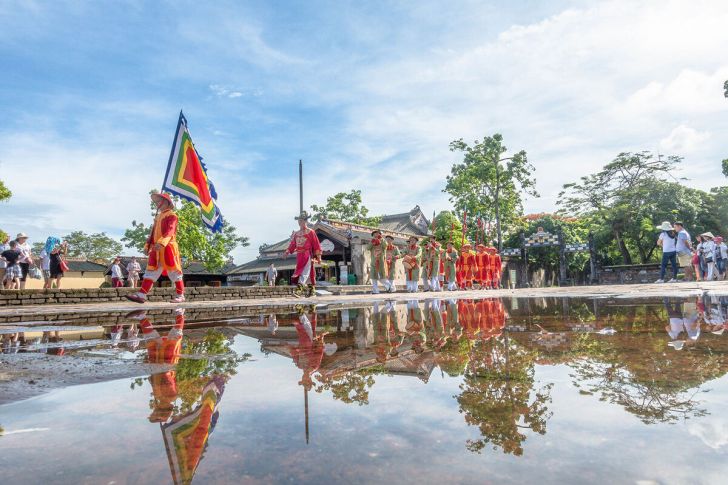 Changing of the guard at Hue Imperial Citadel

GoldenTour - Visitors to Hue can learn more about Vietnam's former Nguyen Dynasty by attending the changing of the guard ceremony at the imperial citadel.
More

If you are planning for a trip to Hue , it is wise to know about the weather and temperature in Hue. Hue is located in the tropical monsoon climate so it is divided into two distinguished...
More 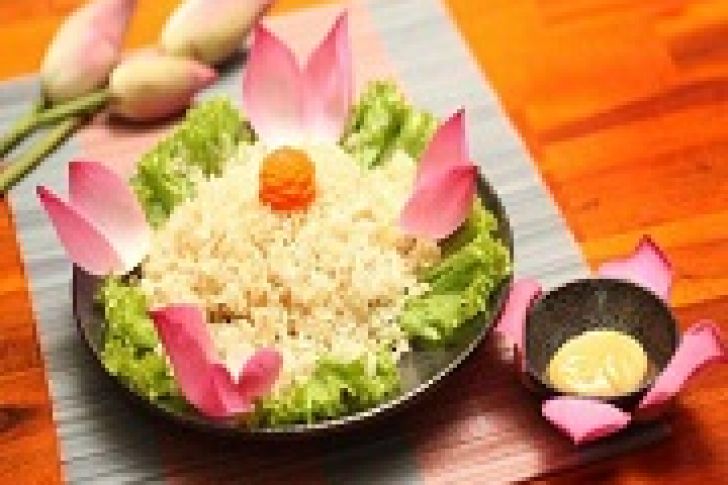 The people of Hue have a strong tradition of eating vegetarian food, so vegetarian restaurants are more common in Hue than in the rest of Vietnam. On the 1st and 15th of every lunar month,...
More

Referring to Hue , people think about Huong river, Ngu Binh mountain or historical architects of palaces and temples and Hue traditional food. Banh Beo Hue is quite unique, it is put into a...
More