Next to Ninh Thuan, Binh Thuan is another province in seashore region. Its terrain can be divided into 3 main features: mountainous area, delta and seashore with 192 km of coastal line. The coast of province is convex and deep - set that formed up valuable seaports. Out of the sea is Phu Qui island with 23 km2 like the bridge connects province to Truong Sa islands. Locates in the tropical climate zone, province is almost hot and dry with annual raining level of 800 - 1,500 mm. Despite the harsh climate and natural condition, Binh Thuan is a developed province with advantages of seafood production, handicrafts and forestry production. One of specialty is fish sauce that widely known by Vietnamese. Phan Thiet sub-city, center of province, is 192 km from HCMC on the comfort site of traffic and on national highway No. 1A. Binh Thuan holds in its arms numerous pretty beaches with white sandy bank. Water of the sea in province is very clean and deep blue that have been attracted flows of people to come to enjoy. Being an extension of Ch¨m culture, here also appears the architectural works reflecting the wealthy of previous periods by great carving art. As the homeland of more than 30 minorities, province has various long-standing cultures with diversification of performing instruments and styles. 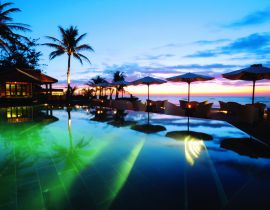 If you are a beach lover without enough time during the weekend for long trips, Mui Ne in Phan... 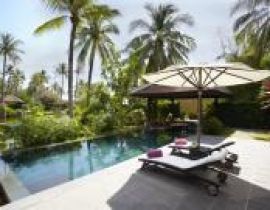