Quang Nam, Hoi An, My Son

As an extension of Da Nang, Quang Nam is in the central land of Vietnam that merged with Laos by the west and faced to Pacific Ocean at the east. Covers a part of land of Truong son heap, its terrain has 72% of mountainous area with some high peak like Lum Heo is 2,045m, Tion is 2,032m and Gole – Lang is 1,855m. 25% of lands are delta closed to coastal lines. Historically, this land has found by the enlargement of Viet generations to the south. Some evidence illustrated that there was cultural background during the 1st century BC then developed by the Ch¨m people to be the Kingdom of Champa. The flourishing development period of Champa is from 1st to 9th century AD with relicts of My Son holy-land, Tra Kieu royal palace and Dong Duong Buddhism Institution. In 1306, the land was a wedding present of king Che Man for king Tran Anh Tong to marry Huyen Tran princess. From 1570 to 1606, Hoi An become a commercial port of Vietnam in inter-exchanging to the world. In 1831, Quang Nam officially formed.

Hoi An is an atmospheric ancient trading port town, named as a UNESCO World Heritage site. Colorful and lively, Hoi An has adapted to tourism with trendy tea houses, restaurants and lounge bars and yet the old charm still remains. Travel a bit out the center, and you will find beautiful cycling routes through the rural life and landscapes of Vietnam. 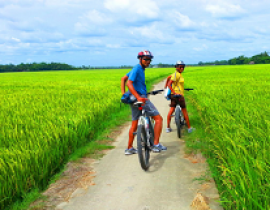 Bicycles can be hired all around Hoi An but if you want to have a safe and active Hoi An... 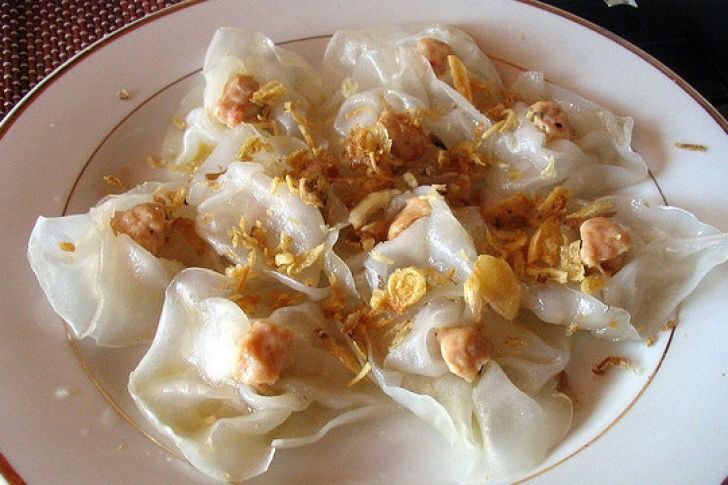 One of the best street foods in the ancient city of Hoi An in Vietnam that visitors should not miss when traveling to this ancient town is 'Vac' cake (dubbed as White Rose), which is made...
More

Hoi An chicken rice is always in the must try food list of many tourists visiting Hoi An, including both domestic or international traveler. The towns Hoi An is the best place to try the Chicken...
More