The province is in central area of country where traffic systems are comfortable for all vehicles, surface, waterways and airlines. Its terrain diversified to different features. Hai Van Pass is in the north with high mountains from 1,478 to 1,708m over the sea. The east is occupied by Son Tra peninsula with neglected beach ranging 5 km to Non Nuoc beach. The south is set off by Ngu Hanh Son (5 Elements Mountain). Out to the sea there is Hoang Sa islands with extensive fishing port. Established in 1888 and now this is a biggest city in the central land of Vietnam. 3,000 years ago, here is one of cradle of Sa Huynh culture, pre-iron era, home land of forefathers of Ch¨m minority. Magnificent and majestic citadel, palace and temples from 1st to 13th century still given signs

The biggest city on Central Coast Vietnam, halfway between Hanoi and Ho Chi Minh City, Danang is a hub for trade and tourism. It is the gateway to a region full of history and heritage that dates back almost 2,000 years. UNESCO-listed landmarks, temples and ruins testify to the region’s past life as religious capital of the ancient kingdom of Champa. Arguably the most famous of these is My Son – an archaeological site nestled in a remote forested valley, some 70 km west of the city. For more insight into Danang’s fascinating history, the Cham Museum displays sculptures and artifacts that tell the story of this ancient Asian civilization. 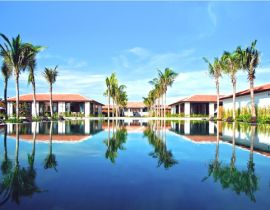 Incorporating the spirit of our time Fusion maia Resort Danang is a unique and exiting fusion of... 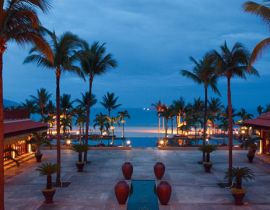 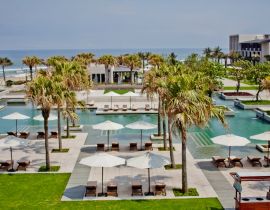 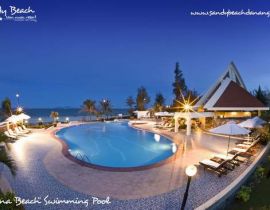 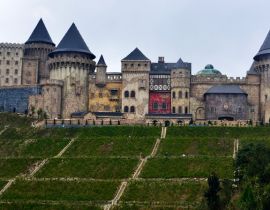 Bana Hills Resort located in the TruongSon mountain range 25km to the SW of Da Nang at an... 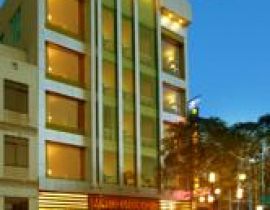 Bamboo Green Central Hotel was built in 1996, started operating in 1998 and is repaired...