An Giang is a province in the western region of the South of Vietnam. The province is inhabited by the Kinh (92% of the total population), the Khmer (5%), the Cham (1.5%) and the Hoa (1.5%). AnGiang has long been famous for its traditional occupation of mulberry growing, silkworm raising and silk weaving. Archeologically, AnGiang is the location where many relics belonging to the Oc Eo Civilization have been excavated. Defers from other provinces in delta, An Giang also has a tiny mountainous area beside of alluvium flat expanses. Located within the tropical climate the raining level of province is about 1,400 – 1,500 mm annually. This is the top province of rice productivity that reaches 2 million tons per year. Some other agricultural plants are also cultivated like corn, bean as well as aquatic production. Festival in An Giang have been luring numerous people from all of country to come, estimated of 2 millions. Besides the main religion of Buddhism there is some portions of population influenced by Islamic, Catholic and Caodaism. 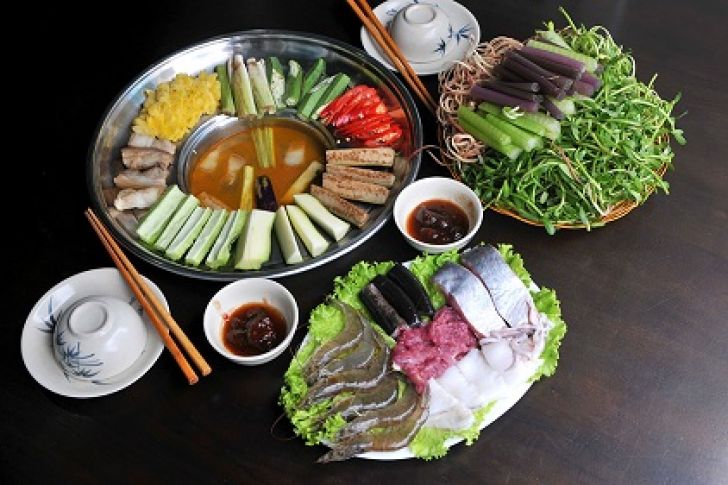