Administrative map includes 08 outside districts and Do Son town.

Hai Phong is a major sea – harbor among international marines from East to West and North to South. It merged the Pacific Ocean by the East and in distance of 102 Km from Hanoi. Archaeological evidences improved there was human life existence about 6,000 years before in this location. Over 120 years of history, Hai Phong today is not only the industrial and commercial city but also a cultural center of Viet Nam.

Cat Ba is the largest island in the Bay and approximately half of its area is covered by a National Park, which is home to the highly endangered Cat Ba langur. This golden-headed langur is rarely seen, as fewer than 60 specimens are thought to survive in the wild, although it is the subject of a well-organised conservation programme; the Cat Ba Langur Conservation Program, an international NGO that has its office at the National Park Head Quarters. The Park covers both land and marine areas and has a high biodiversity, although it is at risk from too rapid an increase in tourism. Other mammals in the Park include civet cats and oriental giant squirrels. Outside of Cat Ba town is a beautiful island with much to explore. 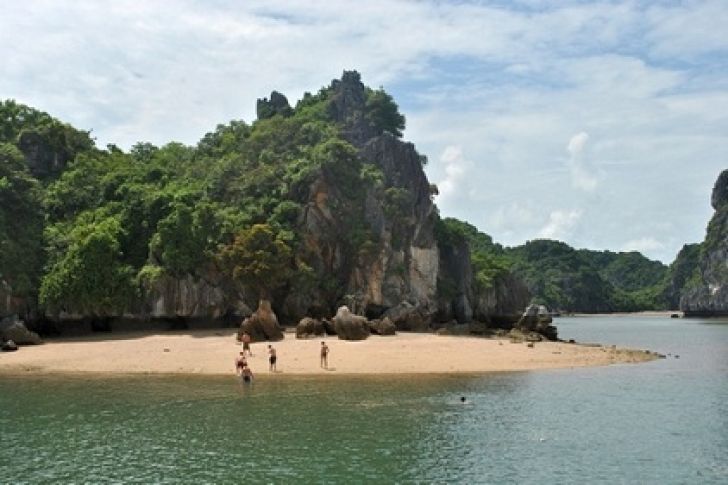