The Mekong Delta, also called 'Mien Tay' in Vietnamese, is the region in southwestern Vietnam where the Mekong River approaches and empties into the sea through a network of distributaries. The Mekong delta region encompasses a large portion of southeastern Vietnam of 39,000 square kilometres (15,000 sq mi).The size of the area covered by water depends on the season. 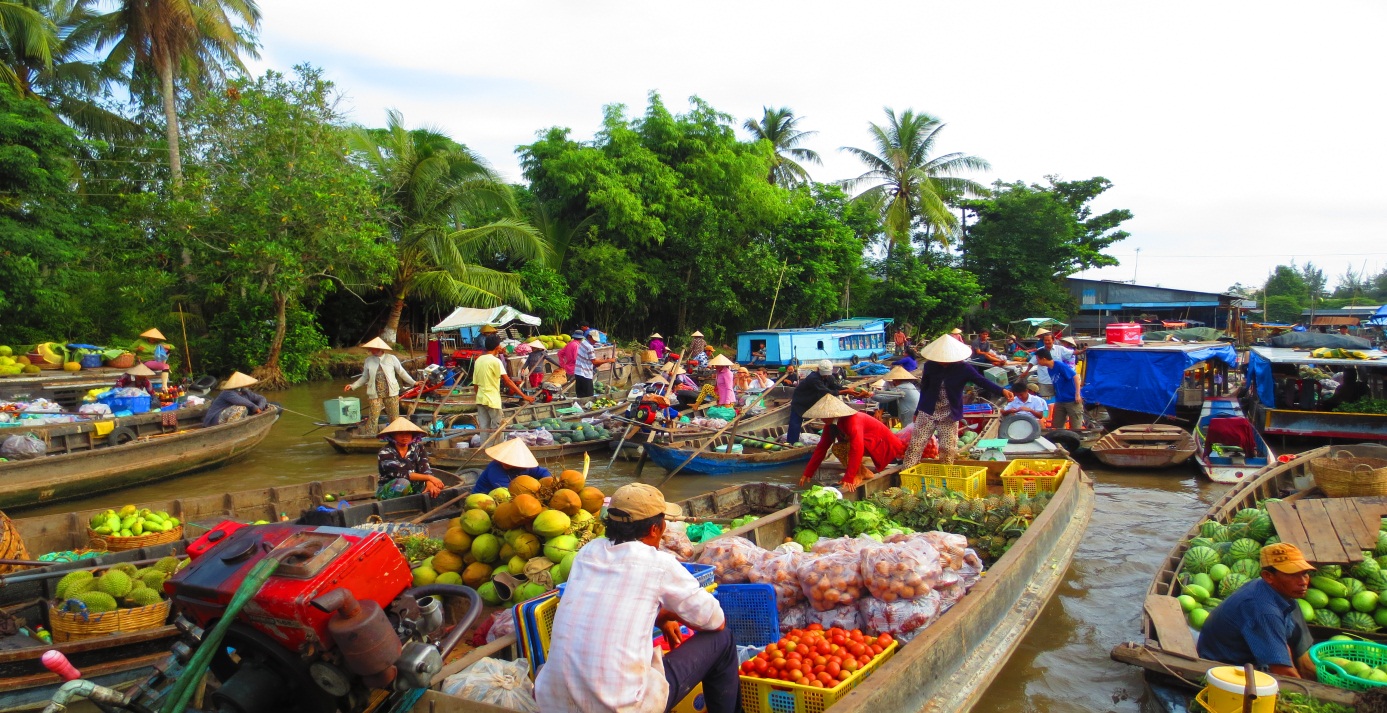 The Mekong Delta has recently been dubbed as a ‘biological treasure trove’. Over 10,000 new species have been discovered in previously unexplored areas of Mekong Delta, including a species of rat thought to be extinct.The Mekong Delta is the bottom half of Vietnam's two rice baskets (the other being the Red River Delta in the North). This vast delta is formed by the deposition of the multiple tentacles and tributaries of the mighty Mekong River which has its origin in the Tibetan highland plateau 2,800 miles away.

From its source, the river makes its way through China, Myanmar (Burma), Laos, Cambodia and South Vietnam before flowing out into the South China Sea. The Mekong's Vietnamese name, Cuu Long, means Nine Dragons for the nine mouths that terminate the flow of this great river as it is absorbed by the sea.

The delta, which yields enough rice to feed the country with a sizable surplus, was formed by sediment deposited by the Mekong. The process continues today, with silt deposits extending the shoreline by as much as 80m per year. The river is so large that it has two daily tides. Lush with rice paddies and fish farms, this delta plain also nourishes the cultivation of sugarcane, fruit, coconut and shrimp. Although the area is primarily rural, it is one of the most densely populated regions in Vietnam and nearly every hectare is intensively farmed.The Mekong Delta, often referred to as Vietnam’s rice basket, is the biggest rice-growing region in the country, the rich alluvial soils producing three harvests a year. Despite being a predominantly rural region, the Mekong Delta is one of the most densely populated areas in Vietnam and most of the land is under cultivation. Other delta products include coconut, sugar cane, fruit and fish.

The main towns of the delta are My Tho, Vinh Long, Can Tho and Chau Doc. Driving south from Ho Chi Minh City, My Tho is the first major Mekong Delta town you come to.

Its proximity to Ho Chi Minh City has made My Tho the most popular destination for day-trippers to the delta looking for a taste of authentic delta life. Here visitors can take a sampan along the waterways, visit tropical fruit orchards and try the local delicacy, Elephant’s Ear Fish.The other popular destination for day-trippers from Ho Chi Minh City is Vinh Long, another 65km deeper into the delta. It is the islands in the Mekong River rather than the town itself that is the highlight of a trip to Vinh Long. Most of the islands are given over to fruit orchards and the narrow canals are often straddled by flimsy-looking wooden bridges made from the trunks of coconut palms or bamboo and known as monkey bridges. An early morning visit to nearby Cai Be Floating Market offers great photographic opportunities as all manner of produce is traded from boats. To make shopping easier the boats suspend a sample of what they sell from the top of a long pole. On the way back to Vinh Long it is possible to stop off to visit small riverside workshops including blacksmiths, rice huskers, thatchers and coffin makers!The uniquely southern charm with its welcoming introduction to life along the river is the real draw, and visitors can explore quaint riverside towns, sample fruits bartered in the colourful floating markets or dine on home-cooked delicacies before overnighting as a homestay guest.

Other highlights include visits to local orchards, flower markets and fish farms. There are also bird sanctuaries, rustic beach getaways like Hon Chong and impressive Khmer pagodas in the regions around Soc Trang and Tra Vinh.Just over 30km and a ferry ride away from Vinh Long is Can Tho, the bustling commercial centre of the Mekong Delta.

Can Tho is one of the more attractive delta towns but as in the rest of the Mekong Delta the best sights are on the water. The delta’s biggest floating market, Cai Rang Floating Market, is 6km from Can Tho and well worth an early morning visit.

For a memorable boat trip the Victoria Can Tho Hotel operates sunrise and sunset cruises on the Lady Hau, a renovated traditional rice barge. A spectacular sight outside of town is the stork garden at Thot Not where hundreds of egrets, herons and cormorants gather in the treetops to roost late in the afternoon.Chau Doc, nestling at the foot of Sam Mountain on the Cambodian border, has a real frontier town feel to it. This busy little riverine town has large Cham, Khmer and ethnic Chinese communities and the distinctive architectural styles of each community can be seen in their places of worship around the town.

A boat trip on the river is the best way to see the unusual floating fish farms, houses with wooden pens suspended underneath where live fish are kept. Chau Doc’s Sam Mountain is home to dozens of temples and shrines and is a popular pilgrimage site for ethnic Chinese as well as VietnameseThose seeking an idyllic retreat will find it in Phu Quoc, a forested island dotted with pretty beaches, freshwater springs and empty dirt roads (ideal for motorbike adventures). Good diving and white-sand beauty have led to its growing popularity, with a mix of cheap bungalows and five-star resorts along an uncrowded coastline.

1 Victoria Can Tho Resort

On the banks of one of the world’s greatest and most mysterious waters in Vietnam’s... 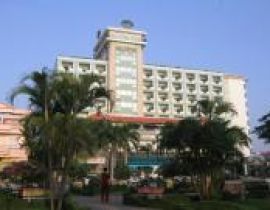 2 Golf Can Tho Hotel

Located on the Ninh Kieu banks of the Hau river- one of the nine estuaries of the Mekong Delta-... 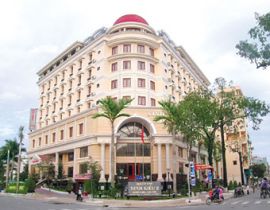 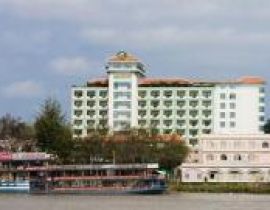 When visiting Can Tho, you'll feel right at home at Kim Tho Hotel, which offers quality... 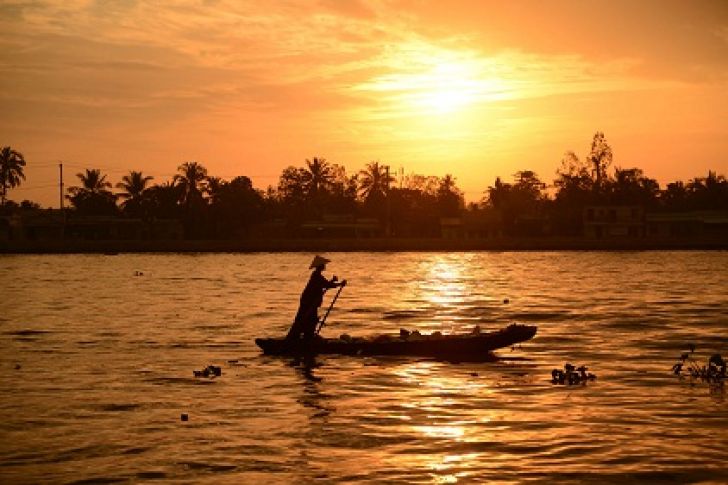 Nowadays, it is easy to get to Mekong Delta from anywhere with various types of transportation. Depend on your requirements and budget, you can choose the most suitable type to get there and...
More

When most people hear Vespa, they think about Italy. Not in Saigon! Vespa Adventures can take you out on tour to the lush Mekong Delta, or if you’d rather stay in the city, they offer...
More 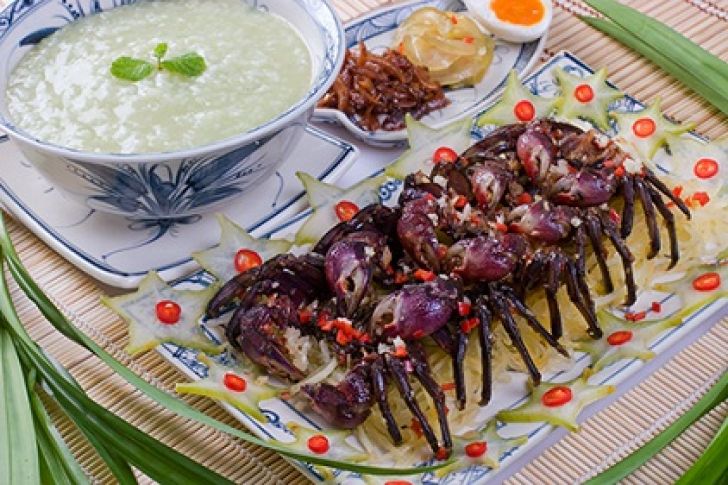 Traveling to Mekong Delta, you not only discovery the landscape with many interesting thing to do but also you can enjoy the local food here. Ba Khia is a speciality of Mekong Delta and one of...
More