A picture of a Golden bridge, Bana Hills held in the grasp of two giant concrete hands has clinched the top prize of an international architecture photography competition. The image of the Vietnamese landmark was chosen from over 10,000 entries to the “World’s Best Photo of Architecture 2020” contest. 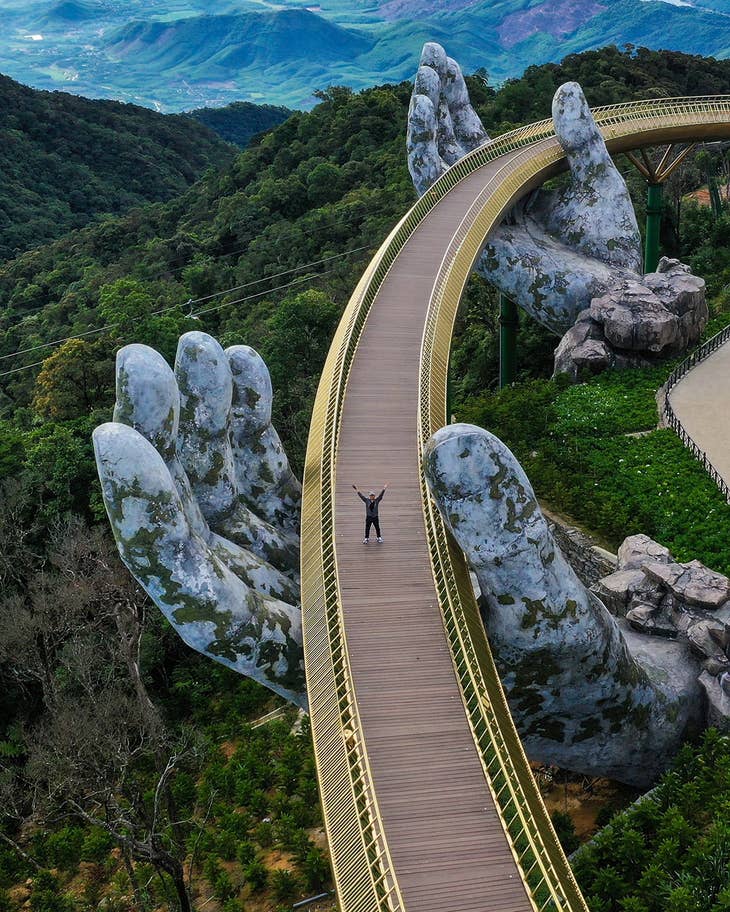 Top-prize winning photo Cầu Vàng by Trần Tuấn Việt It shows the the 150-metre-long Golden Bridge, situated at the mountainous Bà Nà Hills resort near Da Nang
The photo, taken by Tran Tuan Viet, won the most votes from users of the world’s biggest free-to use photo app Agora.
The photographer said: “The Golden Bridge has been built at around 1,400 meters above sea level. “It is divided into eight spans (the longest one is equal to 20m), with a total length of 148,6 meters. “This impressive architecture work has the peculiarity of being held by two giant concrete hands, representing the Mountain God’s hands.”
Designed by Vu Viet Anh, design principal at TA Landscape Architecture, the Golden Bridge opened to tourists in June 2018 and quickly grabbed the world’s attention, becoming one of the most popular subjects on Instagram, the world's top photo sharing network.
From the bridge, visitors have a paroramic view of Núi Chúa, regarded as the most beautiful mountain in Đà Nẵng.
It was featured among the world's best travel photos of 2018 (CNN), the World's 100 Greatest Places (Time) and Pictures of the year 2018 (Reuters). 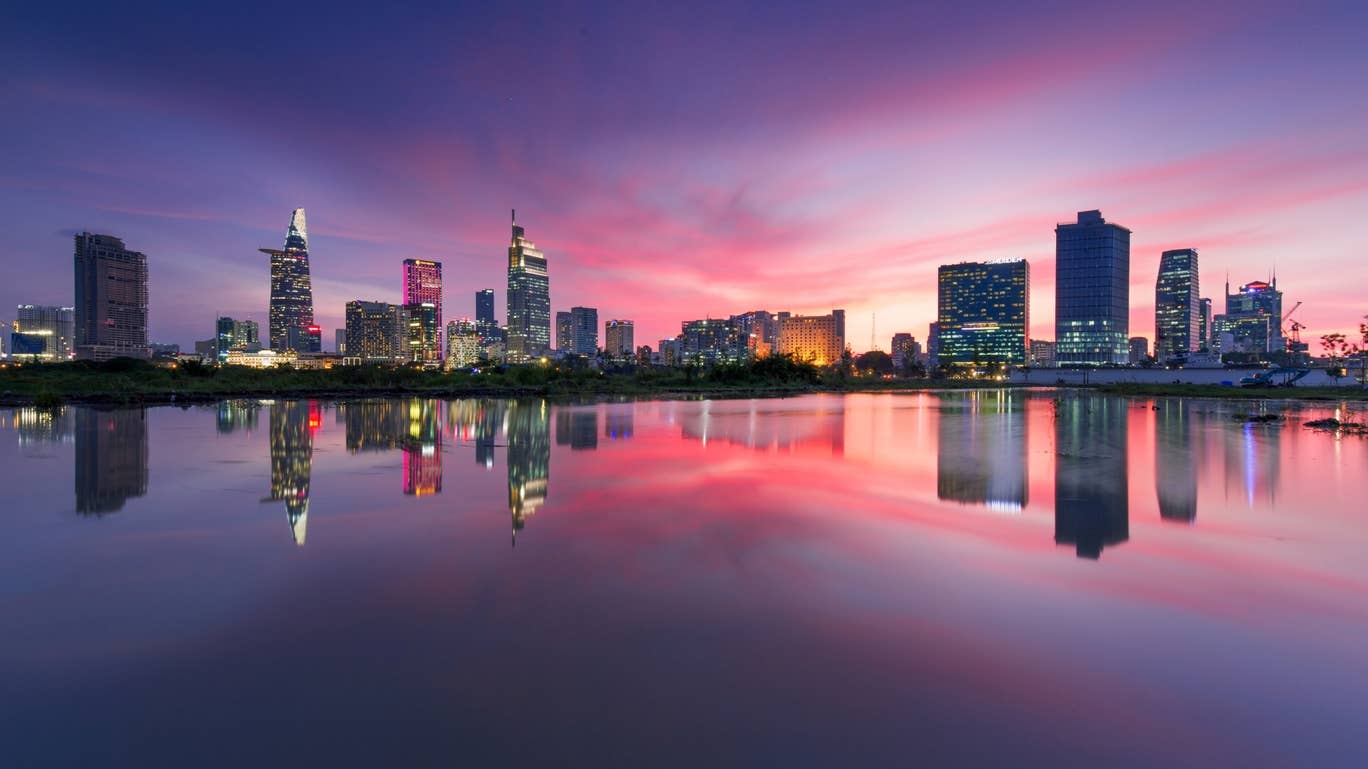 An aerial shot of Saigon's buildings reflected across water, taken by Cao Ky Nhan, was chosen among 50 finalists of the contest
Other Vietnamese photographs selected as finalists in the competition, launched March 10, included shots of a low-income apartment in Hanoi's Hoang Mai District taken by photographer Nguyen Huu Thanh Hai, a floating restaurant on the iconic Huong (Perfume) River in the central town of Hue taken by Pham Huy Trung, and an aerial shot of Saigon by Cao Ky Nhan.