The buffalo in Vietnamese culture and life

08 February, 2021
Buffalo , Vietnam Tourism
GoldenTour - Even though it is not officially, many Vietnamese people accepted that water buffalo is the national animal of Vietnam. Buffalo play an important role in Vietnam's agrarian economy and history; They have become a powerful symbol in Vietnamese culture.

One importance of buffalo is economical contribution. Farmers often use them to pull plows in the rice fields. While there is modern technology in other countries which can help with more efficient plowing, it happens to be difficult to apply such automation in Vietnam. Vietnam has special geography in the North, almost fields located on hills or moutains and the field size is quite small, only buffalo can work there. Famers also use buffalo as pack animals to carry crops, heavy loads for them. Besides, buffalo also provide meat for food industry. Their meat quality is as nice as beef and many people prefer buffalo meat than beef. In addition, their leather can be used to make shoes,high quality motorbike helmets. 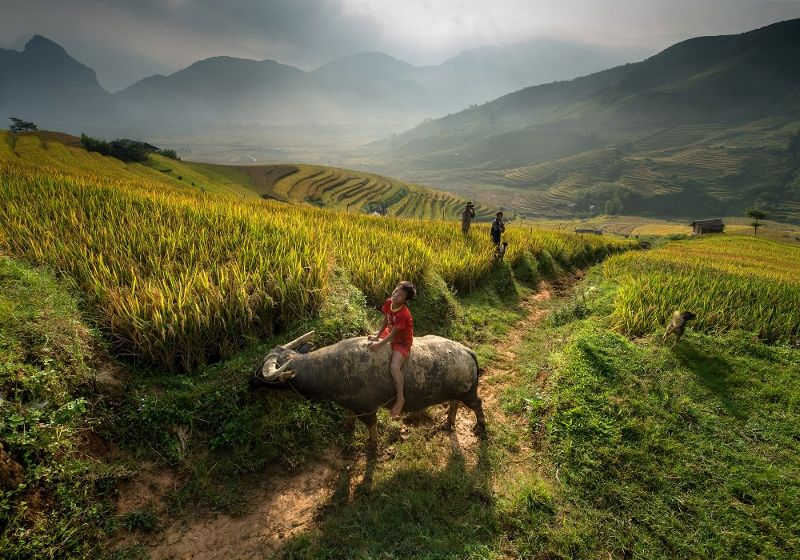 Not many people know that buffalo contributed to the succeed of Vietnamese Revolution against foreign invaders. They are not only used to carry loads for famers, but they can also carry loaded carts of supplies for Vietnamese soldiers during the war. Buffalo were an undercover means of transport, they could walk on very poor roads, accross bridges and rivers, and climb steep hills ,ect.

Apart from their contribution in vietnamese econonomy and history, buffalo have become a cultural symbol for our nation. The buffalo have many qualities the Vietnamese appreciate such as hard-working and diligent, their gentle and good manner disposition, and loyalty. Buffalo can also symbolizes powerful warriors. 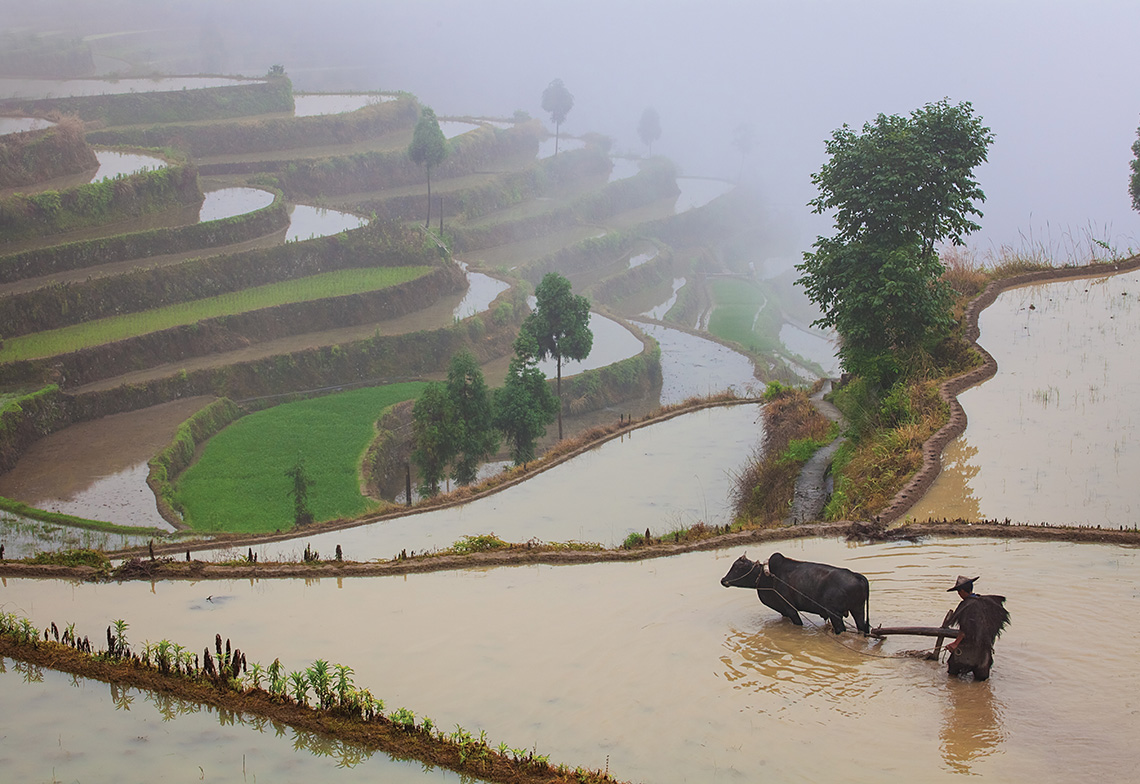 Furthermore, they have appeared in literature, fairy tales, photography, paintings and movies. One recent movie to feature buffalo was the movie, The Buffalo Boy, which is highly appreciated. It depicted the life of peasants on Mekong Delta. A famous fairy tale :" The peasant, the buffalo and the tiger" is known to Vietnamese children. For buffalo became a friend of famers, the image of "Boy sitting on a buffalo and playing flute" can be caught in many paintings and photo about Vietnam; Especially in Dong Ho folk woodcut paintings. One cutural activity related to buffalo is the "Fighting Festival" in Do Son, Hai Phong and Nghe An province which held annually. It is the intersection between farming and fishing culture, attached to Water Wordshipping ceremony in which fishermen wish to be succesful and safe for their coming trips to the main sea. 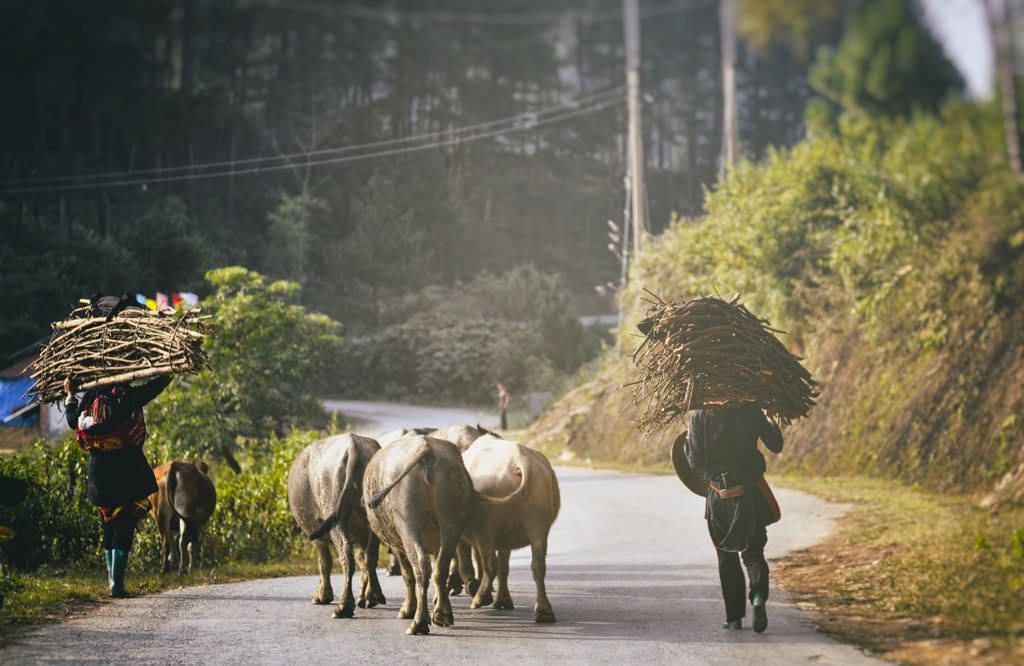 In conclusion, because of their valuable contributions to Vietnamese lives and culture, I believe water buffalo remains the most important animal of our nation until now and in many years following.