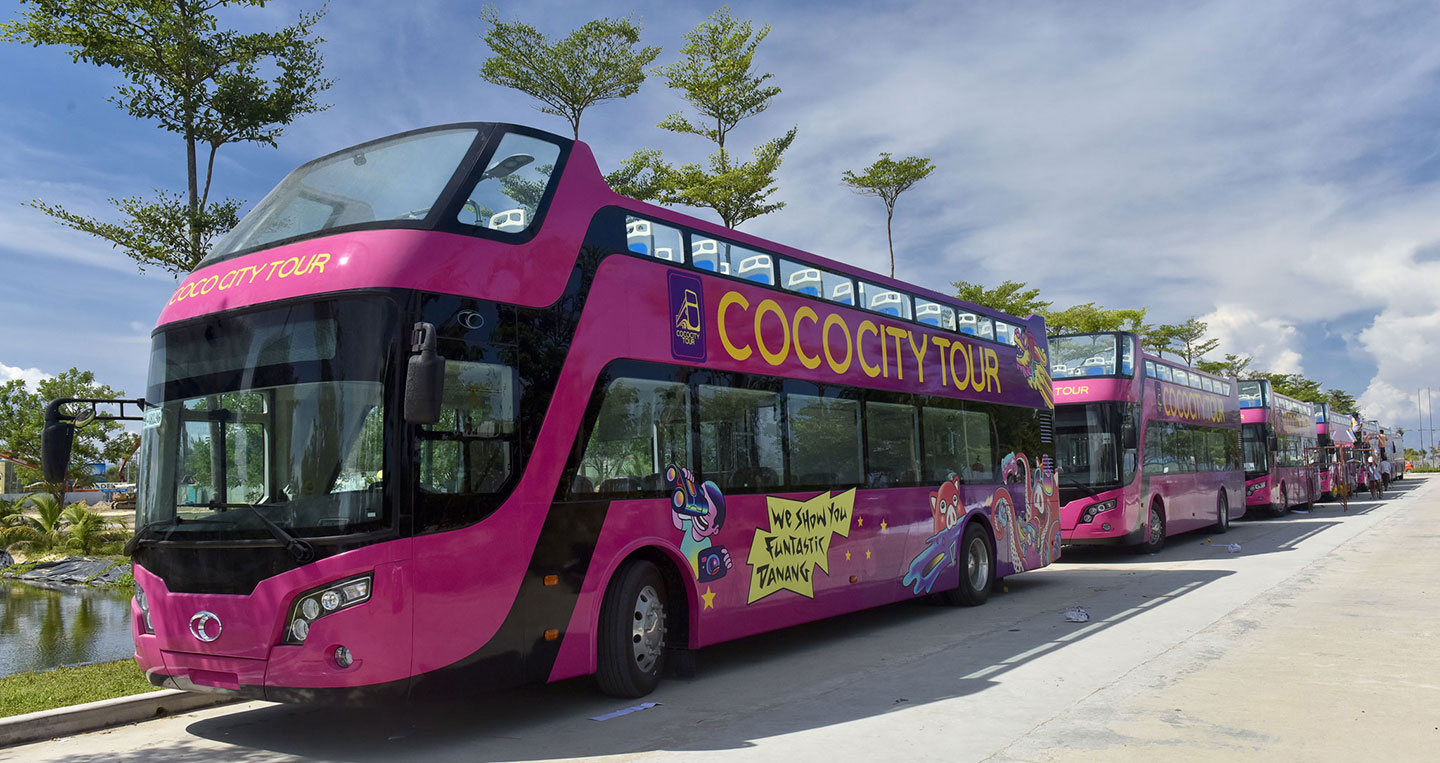 The city tour on the bus is being operated in co-operation with Empire Group.

The tour aims to create a “more real experience” for sightseers, according to the city’s tourism authority.

The first batch of 12 open-top buses will start service this month at CocoBay - Da Nang’s largest entertainment-cum-hospitality complex - and the coastline.

The open-top double-decker bus project was joint project by Empire Group and local car maker Truong Hai. The buses will also operate in Da Nang and Hoi An city.

Earlier this year, the group also launched the Martial Arts-Entertainment Coco Championship - its first entertainment event - at the CocoBay.

Last year, the Cocofest, which was hosted at the CocoBay complex, drew 10,000 visitors to the two-night performance and entertainment activities on the beach.

In 2016, it inked a strategic co-operation deal for hospitality management in Viet Nam with Dream Hotel Group of the US and Louvre Hotels Group of France.

The group aims to develop a series of entertainment and recreational centres, resorts, condotels, and a conference centre, in addition to a park and opera house, including the Coco Ocean Resort near the Montgomerie Links and Da Nang Golf Club.

In 2012, the city introduced battery-powered cars for tourists travelling along coastal destinations as a promotion for environmentally friendly public vehicle use.

More than 3.3 million tourists, 1.2 million of them foreigners, visited the city in the first six months this year, a 33.2 percent growth.

Last year, a total of 5.6 million tourists visited the city.