A cable car that transports tourists to Vietnam’s Fansipan peak overlooking Sapa in the far north of country opened to visitors. 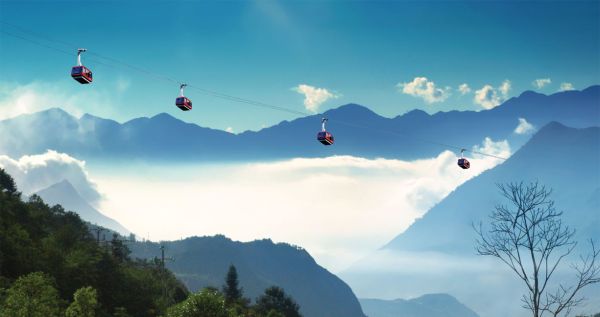 The 6,282 metre long cable car system  has already been recognised by the Guinness Book of World Records a the longest three-cable span worldwide.inside no 1It also sets a record as the world’s highest cable car climb of 1,410 metres between departure and arrival points.

Certificates for the two Guinness World Records were handed to the system’s developer, Sun Group, during the inauguration ceremony last week, the report said.

The cable car takes just 15 minutes to complete the trip instead of a two-day trek.Each cable car can 30 to 35 passengers, and the whole system can transport up to 2,000 tourists per hour. 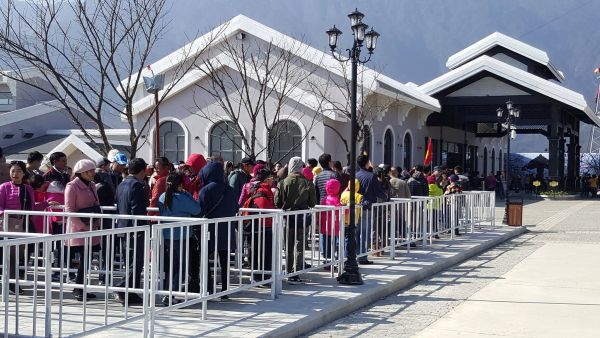 It’s a distressing statistic for what was once a remote peak accessible to just a few hardy travellers each year. It will open the peak to thousands of group tourists, many of them from China. It will inflict a considerable strain on the peak’s ecology. Critics fear that thousands of tourists will ride to the peak to take selfie  photos and  then descend, leaving behind their garbage. The cable car company says access to the peak is limited to viewpoint enclosures and a few paths around the summit.

The developer Sun Group began construction of the USD196.43 million-project in November 2013.

Doppelmayr Garaventa, an Austrian manufacturer of cable cars for ski and amusement parks, was the project’s consultant, while Bill Bensley, a famed architect in Asia, was responsible for the design of the departure terminal. 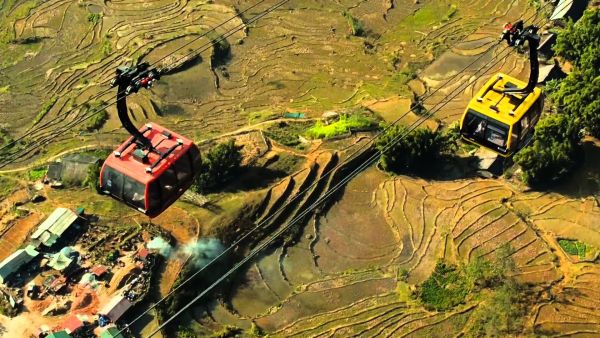 The Fansipan Sapa cable car system is expected to attract more tourists to Lao Cai and nearby Sapa.

Critics who warned the project would destroy the natural beauty of the area and reduce the meaning of the Fansipan peak lost the battle. Tourism dollars won.

The mountain  is located in the Lao Cai province of the Northwest region of Vietnam, 9 km southwest of Sapa in the Hoang Lien Son mountain range.

Fansipan is one of the very few ecotourism spots of Vietnam, with about 2,024 floral varieties and 327 faunal species.

The topography of Fansipan is varied. Muong Hoa Valley, at the lowest altitude (950 to 1000 metres), is created by a narrow strip of land at the base on the east side of the mountain. It can be climbed in a steep and fairly strenuous hike.

Tour companies in the area arrange hikes to the summit taking from one to three days. Most will recommend the two or three-day options and very few guides will take tourists on the round trip in a single day.

A small village is located at the 1,500 metre mark where accommodation and food is offered. Further up, at 2,800 metres, there is an overnight camp.