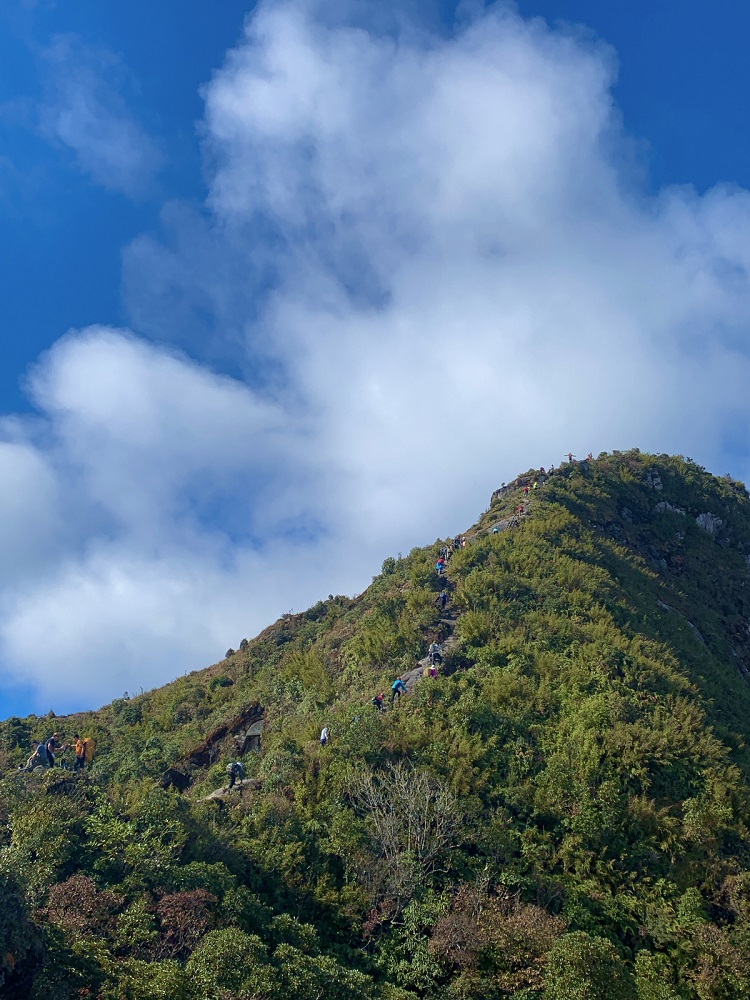 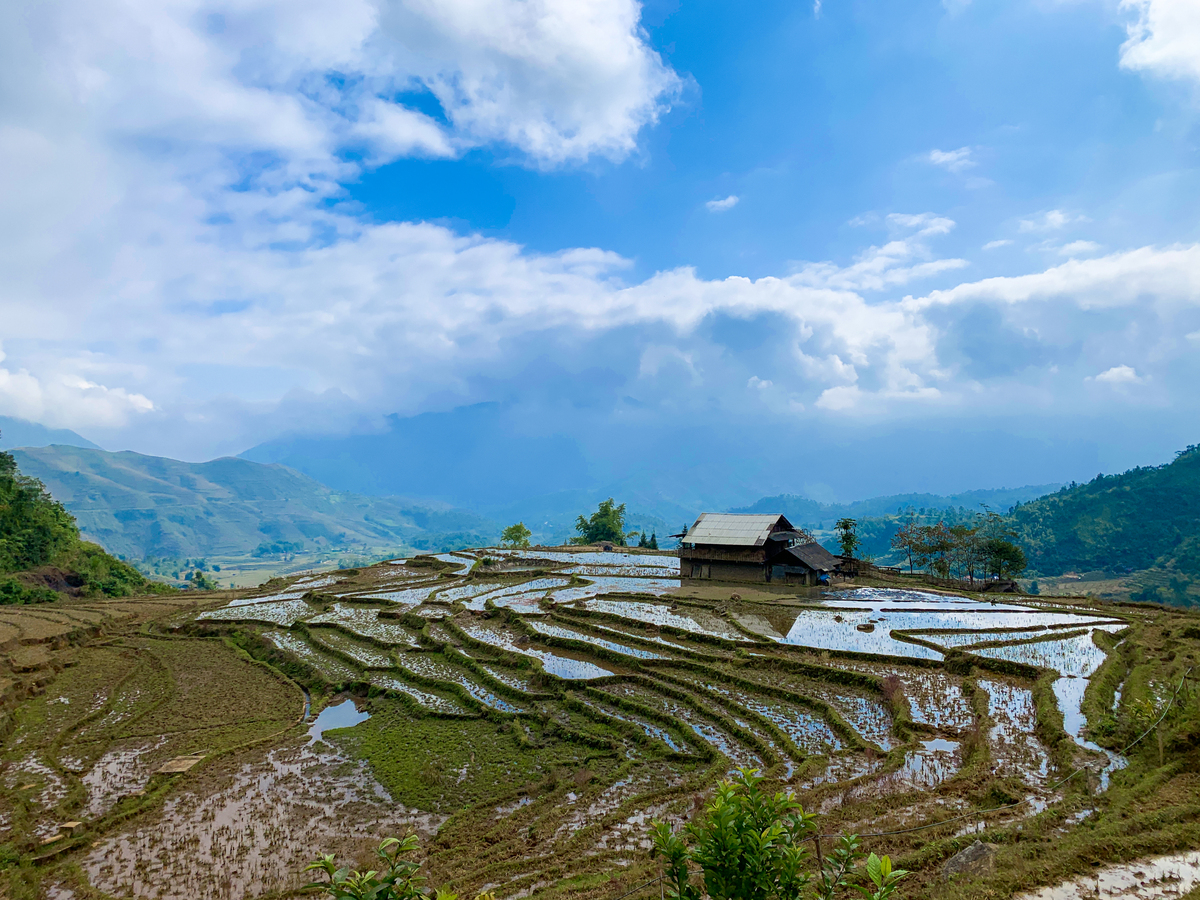 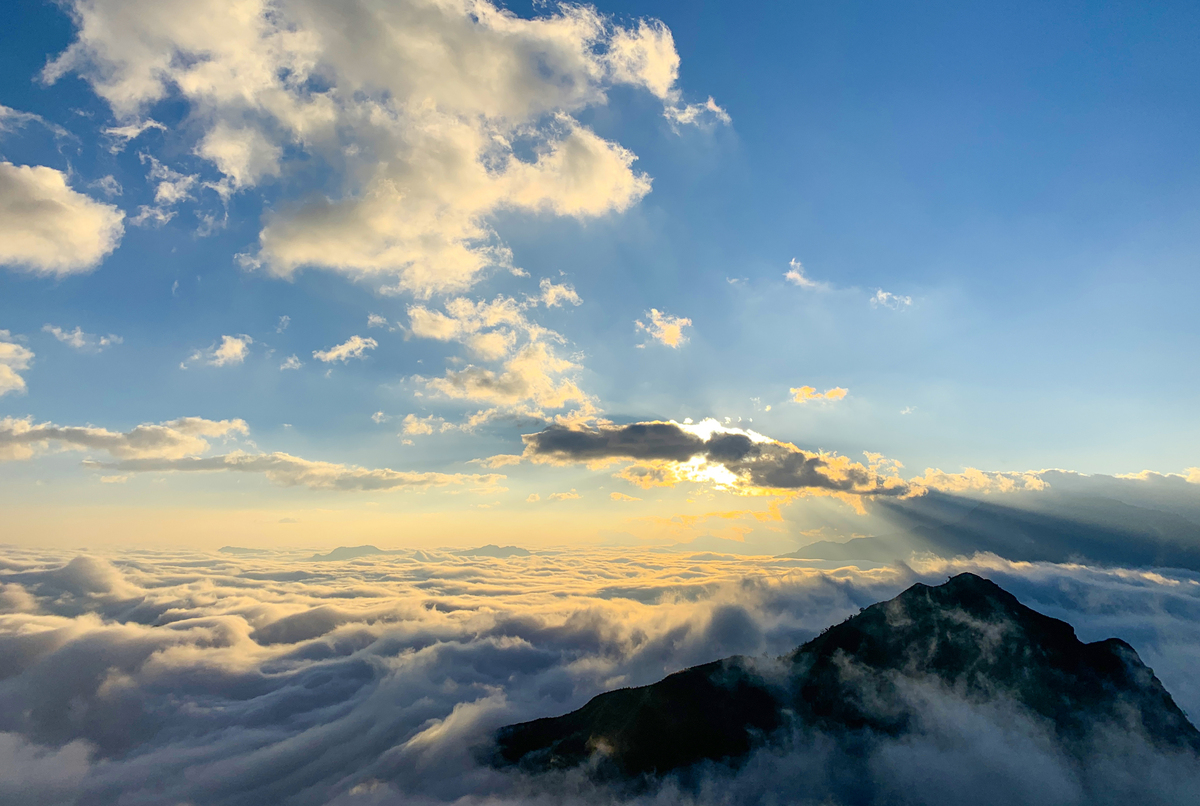 Another must-try experience is viewing the breathtaking sunrise from Muoi peak, at a height of 2,840 m. 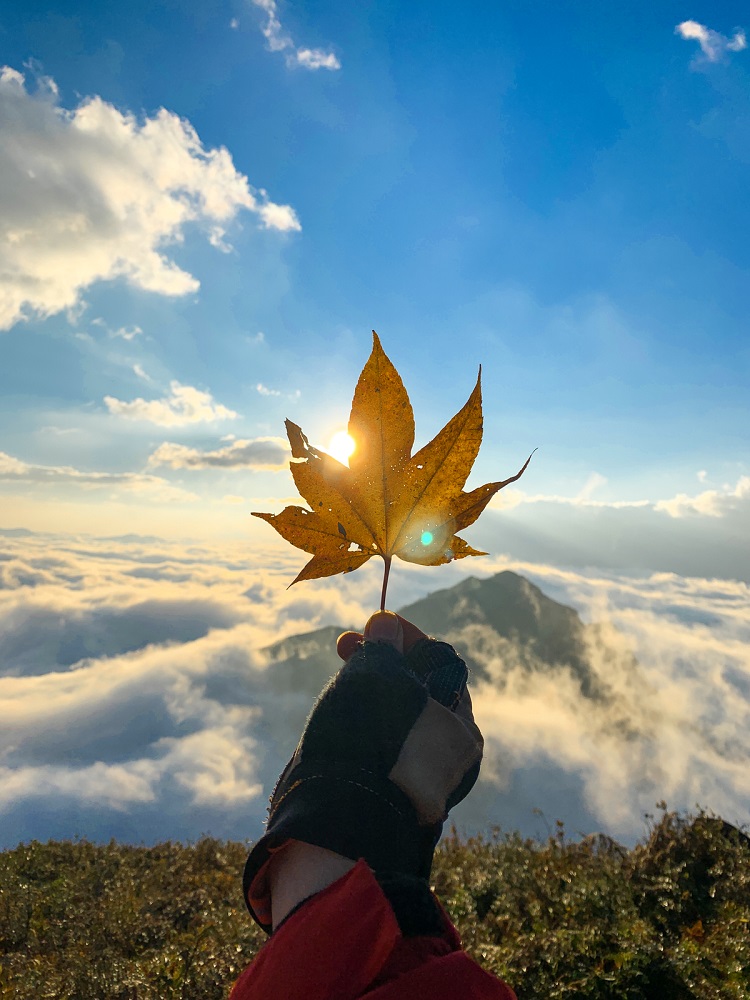 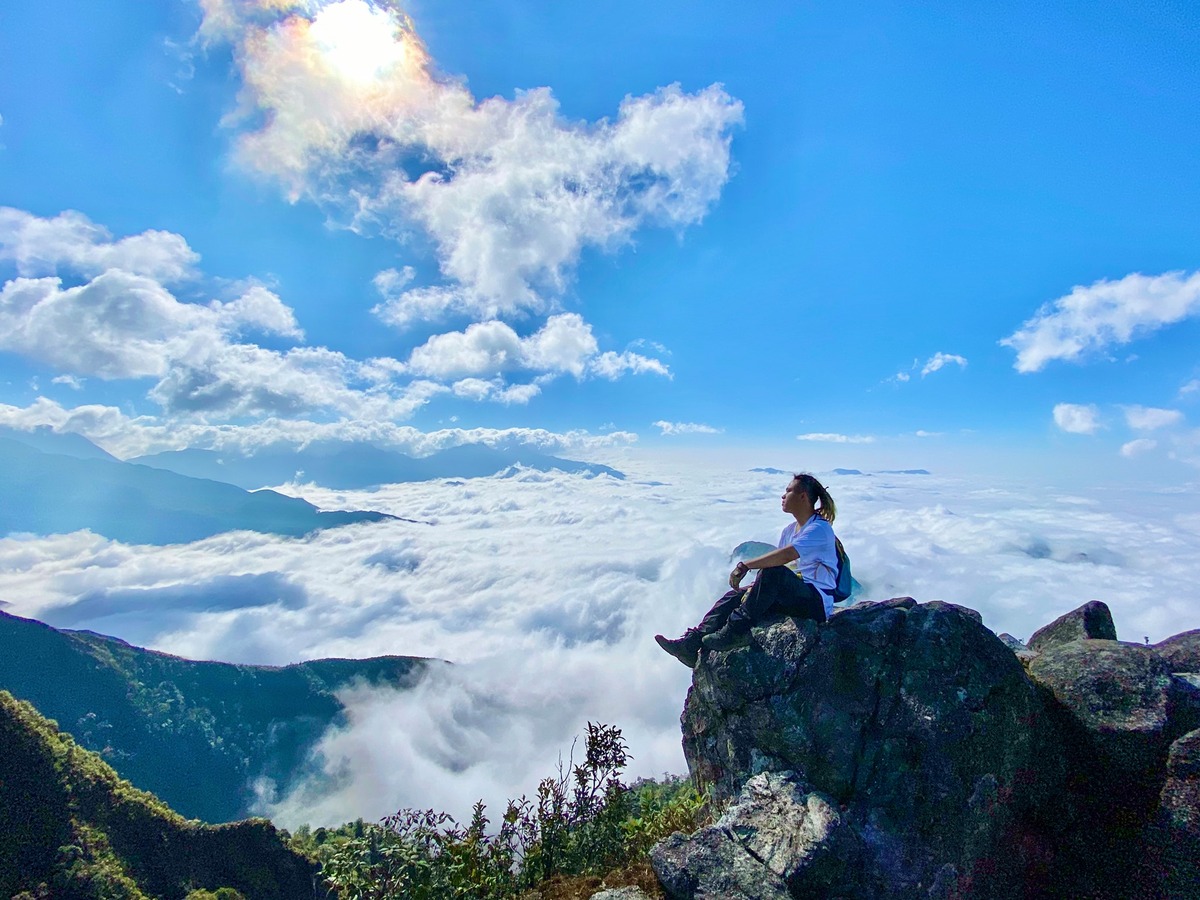 Spectacular backdrops can make for a stunning profile picture. 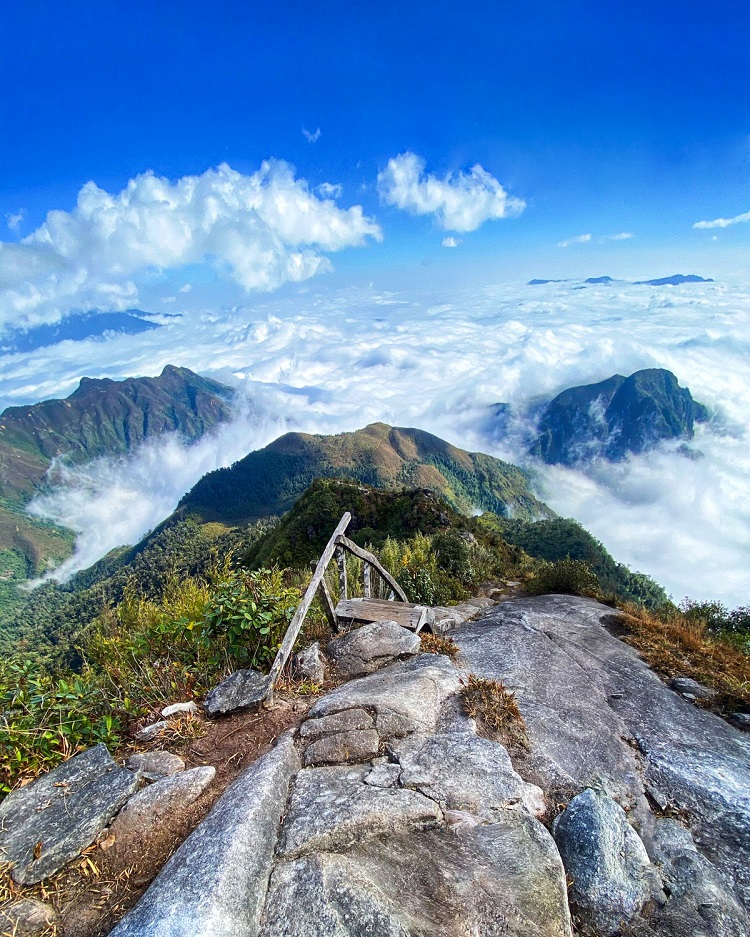 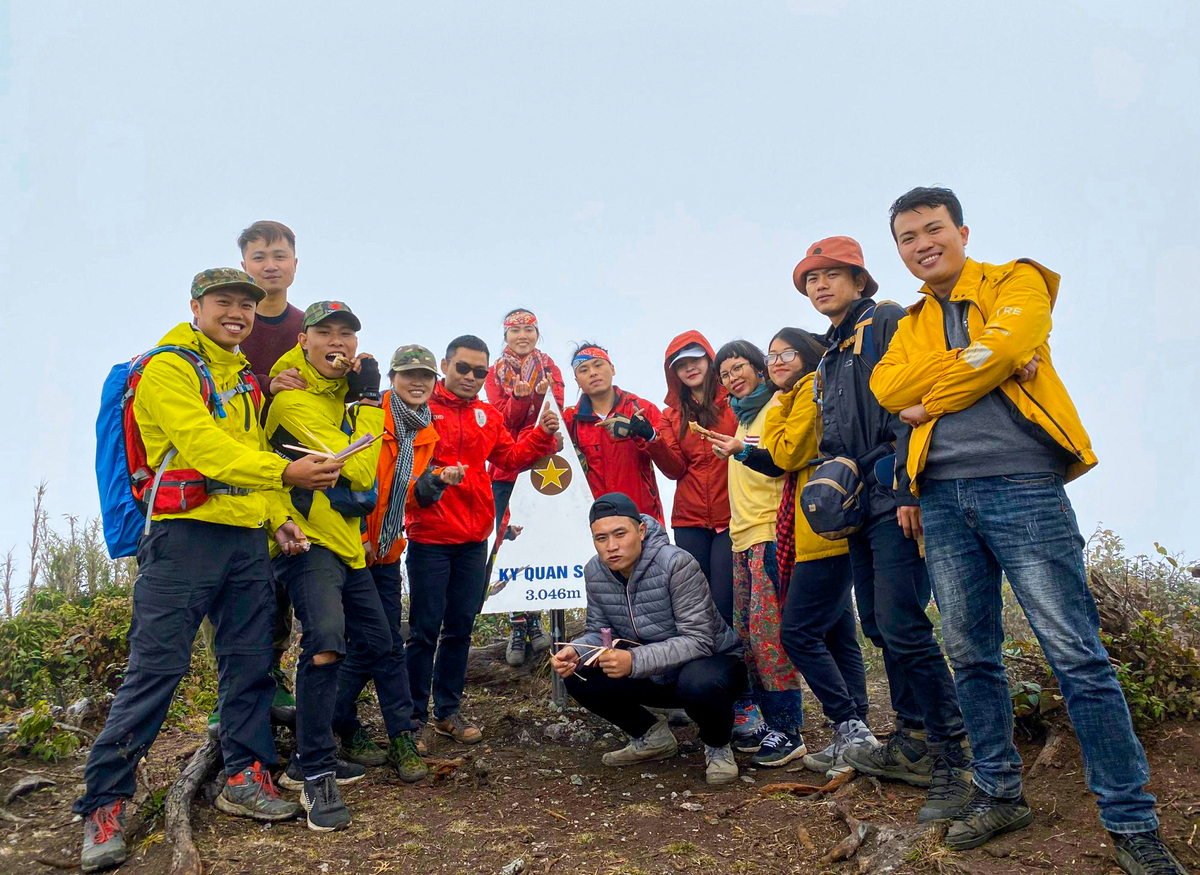 A group of trekkers pose atop Bach Moc Luong Tu after a long climb. Surrounding the peak is a thick layer of fog, decreasing visibility.